There is a 24 hour wine fountain in Italy, folks. FREE WINE. TWENTY FOUR HOURS A DAY.

YES, WE ARE SHOUTING! Can this be true… uh, yes! 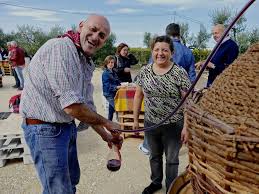 This fountain of VINO is located in the Abruzzo region (east of Rome), and has been installed by a local vineyard along the Cammino di San Tommaso, a popular pilgrimage route that runs between Rome and Ortona. Did we mention that it’s free?

This article in CN Traveler says:

According to The Local, The Dora Sarchese vineyard was inspired by a similar fountain along the Camino de Santiago pilgrimage route in Spain, subsequently teaming up with the non-profit that maintains the Cammino di San Tommaso to bring its locally produced vino to the masses. Writing on its Facebook page, the vineyard explained that the wine fountain is a “welcome” to everyone who walks past. Notably, it also issued a stern warning to any wine lovers who might take the prospect of an around-the-clock wine fountain too far, adding that it is not intended for “drunkards” or “louts.”

While Italy is famous for its fountains, whether it be a rustic one overlooking Lake Como or the cherished Trevi Fountain in Rome, this is the first one in the country that has actually turned water into wine 24/7. There was, however, an incident in 2008 when a plumbing error during the annual Marino Grape Festival (the town temporarily allows wine to flow from its fountain as part of the celebrations) caused wine to pour from the taps in local houses instead. It was, unsurprisingly, hailed as a miracle.

So far the boozy endeavor seems to be a success, with crowds in Cammino di San Tommaso eagerly lining up to scoop themselves a glass of the good stuff. Considering that Slovenia opened a fountain dispensing beer earlier this year, free-flowing alcohol from public fountains is hopefully the start of an international trend. Champagne, anyone?

Here’s more on this vino vision of loveliness: 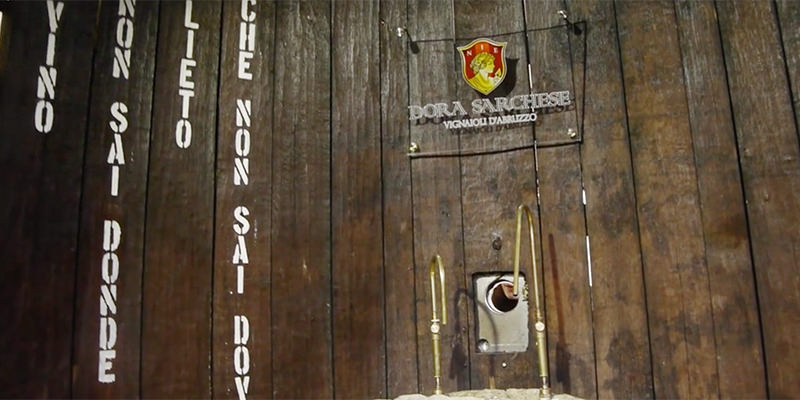